Traffic was huge this evening.  Because of the traffic, our tour bus was seriously behind schedule, and we decided it would be faster to get off at Rockefeller Center, and walk the rest of the way to Broadway. (For those of you just tuning in, we got half-price tickets to Phantom of the Opera, and didn’t want to be late.)

Even though Jenny was in desperate need of a “potty-break”, we had to stop for a few minutes to check out a unique performance.  Most times the Salvation Army people stand outside a store and ring their bell, hoping for change.  These guys definitely took it to the next level; and generated quite a few donations, as you can see in the video.  This is our first time posting video, so hopefully it comes through OK.

Finding a restroom in the Rockefeller Center was even tougher than we had expected.  Even so, we made it to the theater on time.

The Majestic Theatre (which opened in 1927) has quite a bit of history behind it.  We were unable to take pictures in the theatre, but you can see images that others have taken, here on the on the web.

Jenny stayed in line while I went to grab some food for us.  Later, we found out that we didn’t need to stand in line, as our tickets were already purchased.  This was my first Broadway show, and Jenny’s first as well (and highly anticipated too).  The show was amazing!  If you’ve never been, it’s definitely worth it.  It had been Jenny’s dream to see The Phantom of the Opera live.

This show also happened to be the last performance of Sara Jean Ford as Christine Daaé. 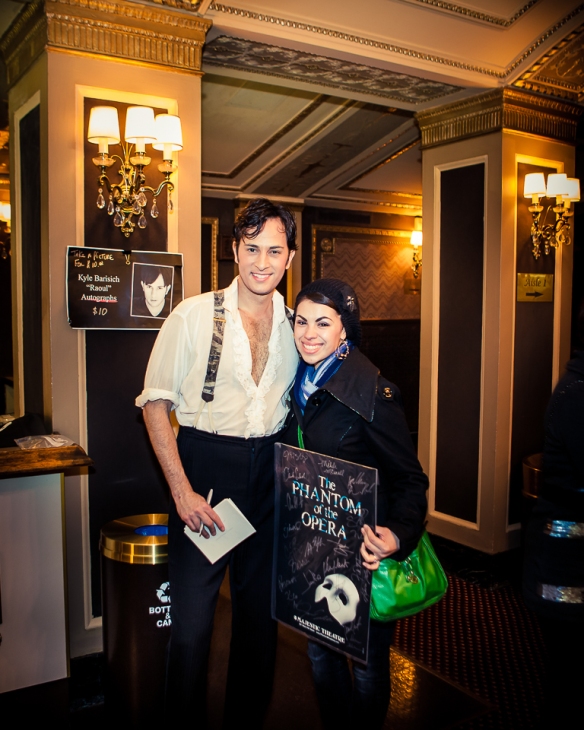 After the show Jenny got a poster autographed by all the cast members.  She also got a picture with Kyle Barisich as Raoul, Vicomte de Chagny.  Jenny cried non-stop during the second half of the performance (you can still tell in the picture above). 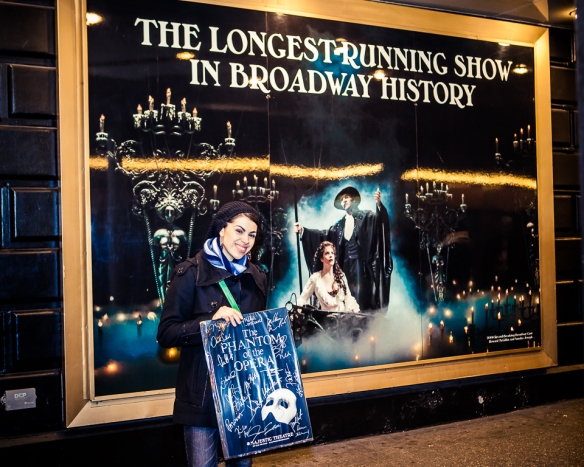 As we left the theatre, a crowd was gathering across the street.

We had just missed Hugh Jackman leaving after his show, but still had time to catch Harry Connick, Jr.

It’s funny to think of Wolverine singing on Broadway.

Harry Connick, Jr.  was doing a preview performance of his show “On a Clear Day You Can See Forever” which opened on December 11th. 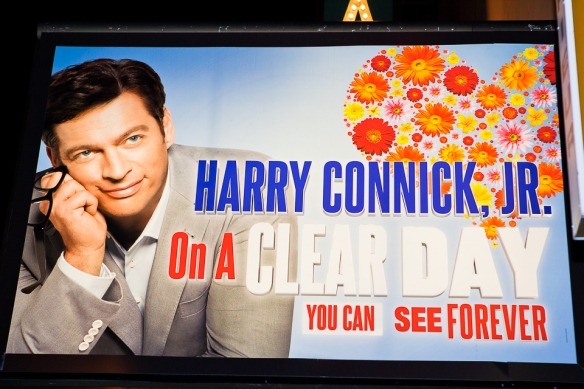 People kept coming and joining the crowd, but soon they’d lose interest and leave.  We stuck it out, and got a few pictures of Harry Connick Jr. as he exited the theatre. 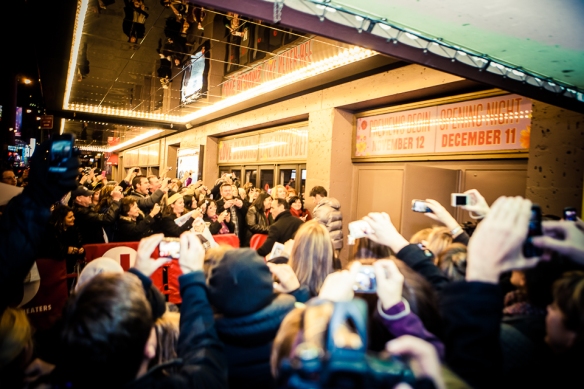 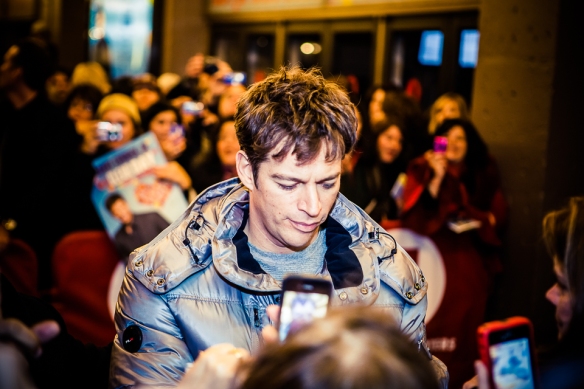 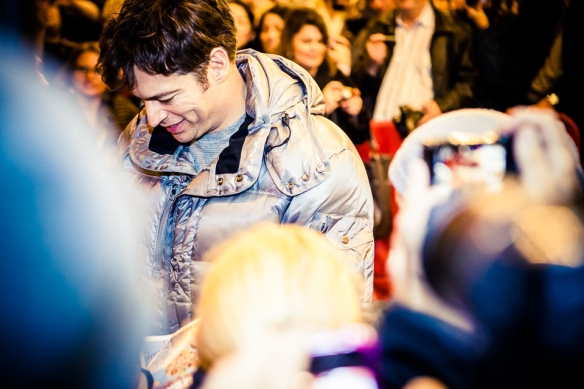 Leaving Broadway we saw this “wicked-awesome” (as Jenny would say) Hummer limo before catching the subway back to our hotel.

Not something we see every day.  At least not where we live.