We absolutely loved our trip to NYC, but…

Here’s our review of the things that could have been better: 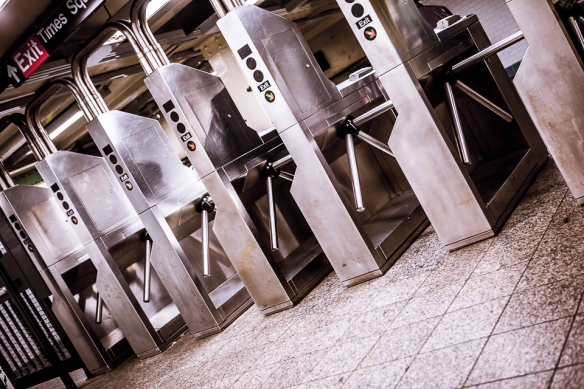 Our hotel does not provide free wireless internet (our blog posts were delayed).
They want $4.95/day for internet.  Not that we couldn’t afford it, but we refused to pay on principle.  The public library, airport, Starbucks, etc, all offer free Wi-Fi.  But to make matters worse, these clowns want $4.95/day per device!  We have two laptops and two phones, and there’s no way we would pay almost $20/day to have full connectivity, when other places (even hostels) offer it for free.

We love the location of this hotel, but when we return to NYC, we will not be staying here again.  They lost customers over a trivial Wi-Fi fee.  Yes, we left a review.  We checked with the hotel around the corner (which I stayed in several years ago), and they offer free WiFi, so we’ll most likely stay there next time, and enjoy the same great location.
END_OF_DOCUMENT_TOKEN_TO_BE_REPLACED

This was our last full day in the city, and we had so much to do!  Getting to bed at 3 AM makes it hard to get an early start.  Even so, we hit the Statue of Liberty first thing, trying to beat the crowds. 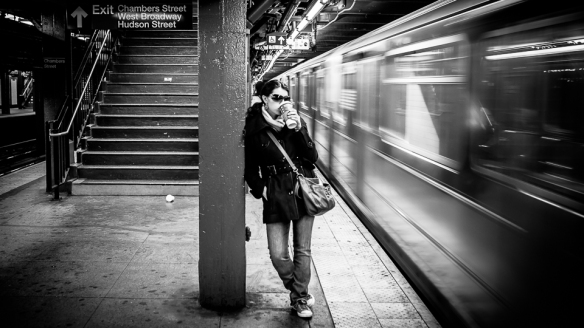 On the way there, we picked up a couple of hoodies from one of the street vendors.  Jenny got the big NYPD hoodie (which came in handy later that day).

Going through security for the Statue of Liberty is about as bad as the airport.  There’s something about the dehumanizing machine that should make people wonder, yet they flow through it in droves.  Security at the Empire State Building didn’t seem as bad, because the crowd wasn’t as large as at the Statue of Liberty.

When our boat arrived, we thought we were doing great, because the crowd wasn’t that large (even though we slept in a bit).  Then we found out why:
END_OF_DOCUMENT_TOKEN_TO_BE_REPLACED

Traffic was huge this evening.  Because of the traffic, our tour bus was seriously behind schedule, and we decided it would be faster to get off at Rockefeller Center, and walk the rest of the way to Broadway. (For those of you just tuning in, we got half-price tickets to Phantom of the Opera, and didn’t want to be late.)

Even though Jenny was in desperate need of a “potty-break”, we had to stop for a few minutes to check out a unique performance.  Most times the Salvation Army people stand outside a store and ring their bell, hoping for change.  These guys definitely took it to the next level; and generated quite a few donations, as you can see in the video.  This is our first time posting video, so hopefully it comes through OK.

Finding a restroom in the Rockefeller Center was even tougher than we had expected.  Even so, we made it to the theater on time.

The Majestic Theatre (which opened in 1927) has quite a bit of history behind it.  We were unable to take pictures in the theatre, but you can see images that others have taken, here on the on the web.

Jenny stayed in line while I went to grab some food for us.  Later, we found out that we didn’t need to stand in line, as our tickets were already purchased.  This was my first Broadway show, and Jenny’s first as well (and highly anticipated too).  The show was amazing!  If you’ve never been, it’s definitely worth it.  It had been Jenny’s dream to see The Phantom of the Opera live.
END_OF_DOCUMENT_TOKEN_TO_BE_REPLACED

Our plan for the day was to catch a tour of the city and see a Broadway show that evening.

Outside the famous Copacabana.

On our way to the Grey Line Tours we saw a line forming in Times Square.  People were lined up to get half price tickets to the Broadway shows for that evening.  We had some time, so we got in line too.
END_OF_DOCUMENT_TOKEN_TO_BE_REPLACED

We were amazed at how many people were trying to figure us out during the day.  Only one guy got it right at the courthouse, when he said “Cool!  Steampunk!” as we were walking by.  Another person said “Time Travelers!”

But other assumptions were severely distorted.  Everything from ‘Little Red Riding Hood’ (from a subway drunk), to ‘Alice in Wonderland’ (in the Empire State Building Elevator), to ‘Napoleon’ (old guy selling things on the street corner).  Whether they understood us or not, they all cheered us on, and asked to take pictures.  Everywhere we went through the city, there were so many compliments and applauds.

Her boots are the coolest!

Jenny did some custom modifications to her dress/corset. It originally had buttons on the front, but the buttons were plastic, and a few of them broke.  Jenny decided to sew in some gears to replace them; it actually looked better than the original.  She also sewed the train (I suppose you call it that) in place to give it a more elegant and flattering look.

END_OF_DOCUMENT_TOKEN_TO_BE_REPLACED

To help you understand the work that went into Jenny’s hair, here’s the aftermath. 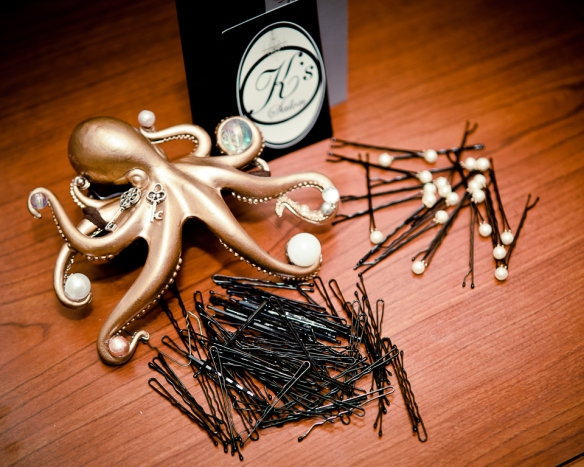 Yes, those numbers are accurate.  In fact, the bobby pins set off the metal detector at the absurdly-over-secure Empire State Building!

You already saw how her hair looked during the day, but here’s the sad side-effect of dismantling a work of art! 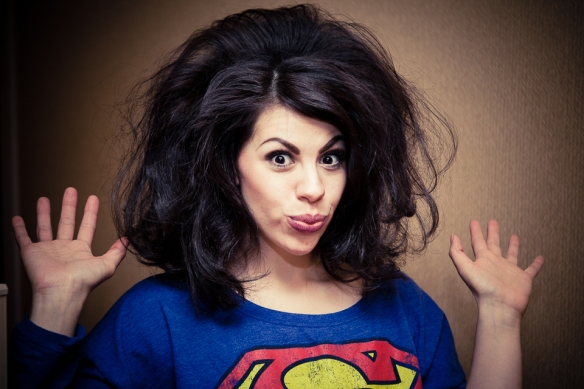 Fran Drescher ain’t got nothin’ on this ‘do!

We got back to our hotel around 3:30AM, and thanks to the broken elevator, we had to take the stairs up to the 9th floor (carrying all our gear, along with two pizza boxes and a couple pieces of cake).

We ate and crashed, only to get up 4 hours later.  Jenny was too tired to clean up the rat’s nest hair, so this morning she gave up and put on a beret to cover most of it up, and we headed out for the day.

The rest of yesterday’s wedding pictures will be posted shortly.  We’re still not even sure what day it is anymore, and will let you know as soon as we do!

Today is the real deal with Jenny’s hair at K’s Salon, and it turned out excellent.  Not only that, but the customer service and atmosphere was most impressive (Jenny can’t say enough about how great it was).

She knew exactly what she wanted, and was a little worried about a hair stylist understanding and executing it.  Jenny fell in love with her octo-clip (called ‘stolen pearls’) and chose to accent her hair with pearl-pins to give the octopus even more pearls to steal.  Kaye was so amazing, and produced a true work of art!
(If you haven’t already seen the hair pictures, see this post.) 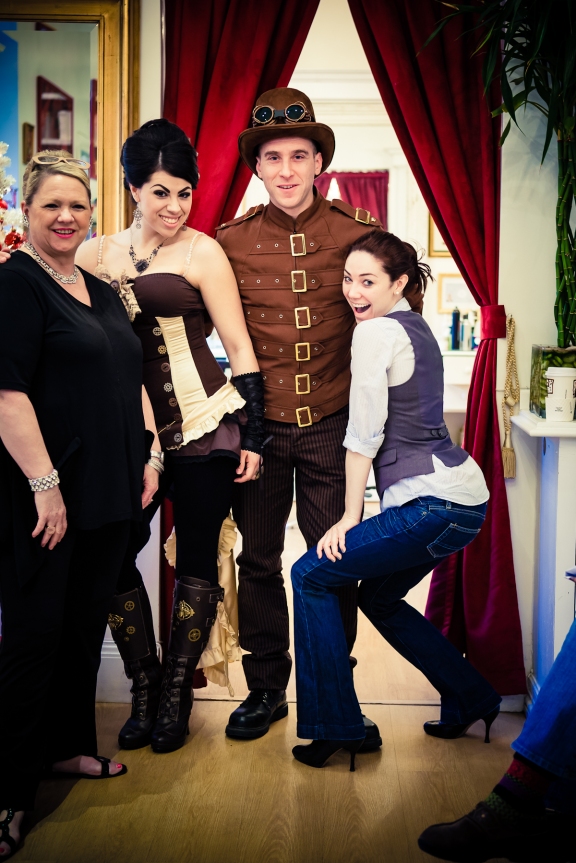 We just had to get a shot with Kaye (left), and one of the staff before leaving.

So now that we have revealed our theme, there will be no holding back!

Steampunk Themed Wedding (or elopement, you could call it).

No white dress, no black tuxedo, no flowers, no ‘let’s do what everyone wants us to do’.
We had been planning this for months, and wanted to do something that we both enjoyed.
END_OF_DOCUMENT_TOKEN_TO_BE_REPLACED

With our paperwork taken care of, the rest of our day was free for pre-wedding pictures.

Since we were going to be spending lots of time right in downtown Manhattan for the rest of our trip, it was nice to be able to take ‘the path less traveled’ for the rest of the day, and see some of the less-familiar NYC locations.

END_OF_DOCUMENT_TOKEN_TO_BE_REPLACED

We landed safely, and are all settled in.  Our first day was great (although we were running on almost no sleep). 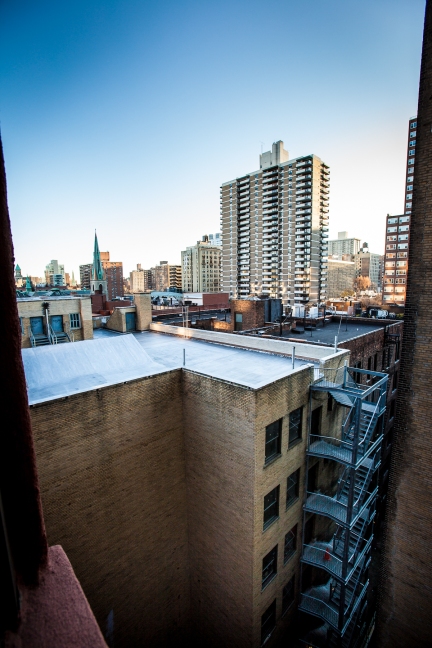 Our hotel is conveniently located on 94th & Broadway, so we have easy access to both the express and local subways, and can quickly get anywhere we need to be.  Outside our window, we have all the authentic views and sounds of the busy city. 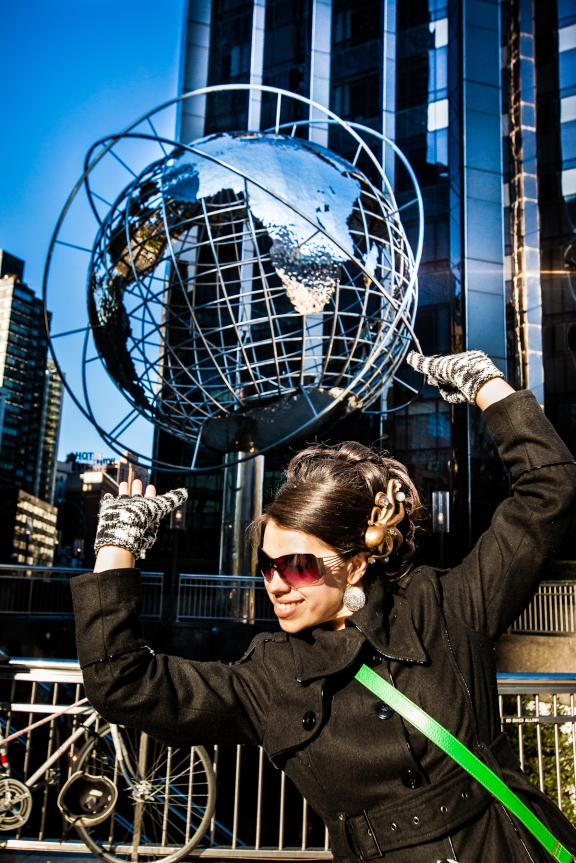 Tons of things to do and see, but we need to take care of business first.  After the ‘big day’, we’ll have more time for sightseeing.  Even so, we were still able to squeeze in some fun on our first day.  Here’s Jenny at Columbus Circle, posing by the steel globe in front of the Trump International Hotel and Tower, while we were waiting for our ride.

But before we even got this far, Jenny got a trial run of her hairdo. Click on any of the pictures to see them larger. 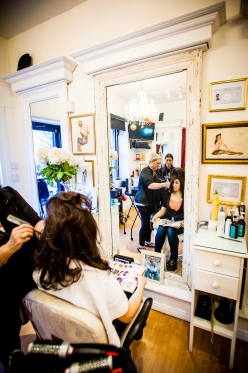 Jenny got her trial run hairdo at the fabulous K’s Salon, and it looked awesome!  We spent the rest of the day having fun and getting our pre-wedding pics while Jenny got to “test drive” her new hairdo.

I think she likes it!

Way too much to do now, so we’ll upload the rest of today’s pictures in the next post.